How to Understand Suicidal Ideation?

Many people will have suicidal ideation at some point in their lives. These can be manifested by the simple desire to put an end to suffering, to the desire to harm one’s life. People who have suicidal thoughts often struggle for a long time and show despair. Death appears to them as a solution to put an end to their suffering. For some of them, it manifests itself in the sudden need to finish when they experience a painful moment that they have trouble accepting. 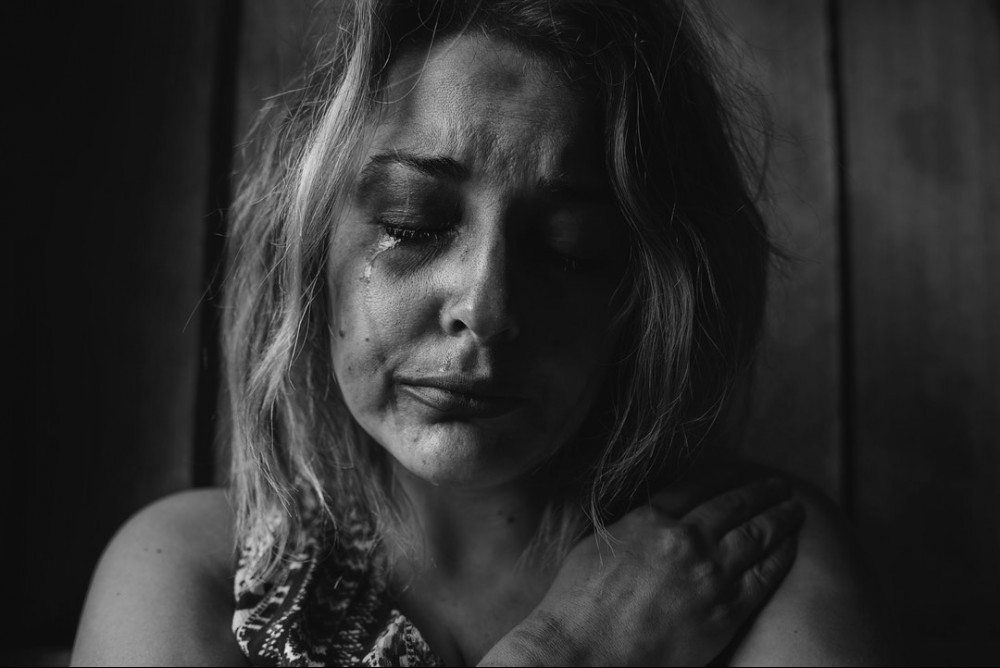 Around you, silently or openly, there are people who are going through crises of suicidal ideation. Maybe you have not noticed! Who knows? It may be you who are reading this article! Or just like, it can be one of your relatives: friend, or family, or colleague!

Suicide is a phenomenon that echoes in today’s world. Understanding suicidal ideation becomes a necessary thing. This task is rightly devoted to this article. Why do we think of suicide? How to interpret alert signals for suicide? Certainly, the answer to these questions will help us understand suicidal ideation.

I – / Why Do We Have Suicidal Ideation?

Note that someone around him is going through a deep crisis and thinks suicide is scary and generally causes feelings of insecurity: what do these thoughts mean?

1 – Suicidal Ideation Is a Normal Reaction to Excessive Suffering.

When one is exposed for a long time to excessive suffering or that one lives a traumatic event, the mind is often assaulted by thoughts such as: “I want to leave definitely!“, “I cannot bear all that anymore! “, ” What is the point of continuing to live? “, “I would prefer to disappear from the face of the earth“, “If I did not exist, everything would be much better“.

Suicidal people do not want to die, but to stop suffering. They are looking for a way out of unsustainable suffering. This is a normal human reaction to great pain.

Which of us has never been in a very delicate situation to such an extent that there have been suicidal thoughts? When we go through a nightmare, an agony, we all have the desire to stop suffering. We wish this suffering to end. And usually, it’s when we think extremely that there is no way out, no hope – that’s how we are tempted to have suicidal thoughts; not necessarily because we want to die, but because we want to stop suffering.

2 – The Frequency and Intensity of Suicidal Ideation Are Very Variable.

Suicidal thoughts do not always have the same intensity and do not always represent the same threat. The following diagram illustrates this observation: the people affected are beset by the idea, more or less pronounced, of suicide. They can fight those thoughts or chase them away. They have the capacity to oppose it. Depending on the personal situation and the capacity for resistance, suicidal thoughts will be occasional or frequent and obsessive.

The frequency and intensity of suicidal ideation depend more or less on the circumstances, the origins, and the type of situation we are going through, as well as our personality.

Existential crises with suicidal ideation are motivated by different reasons for different people. Very often, these thoughts have been preceded by a long period of suffering. Several attempts at improvement have already been made, to no avail. But these suicidal ideas sometimes arise as abruptly as a result of a crucial event (for example, loss of employment, loss of a loved one, etc.) and not a long period of suffering.

4 – a Common Cause That Can Be Treated: Depression.

Suicidal thoughts are often linked to depression or other mental illnesses. These pathologies can often be treated and treated. It is important to use a professional because the more the disease is detected and treated quickly, the more effective it is. In general, psychotherapy or a combination of psychotherapy and medication leads to a real improvement and a decline in suicidal thoughts. It is also important to act in case of suicidal thoughts and seek help from a professional.

All of us know that extremely depressed people most often have a tendency to suicide.

5 – Even Seemingly Trivial Incidents Can Trigger a Suicide Attempt.

The great pain and unbearable suffering hinder the capacity for reflection and action. Problems cannot be solved when the headaches or belly are too violent: it is exactly the same with the pains of the soul.

Suicidal people often fail to recover and are hindered in their ability to act and solve the problem. They have the impression of being faced with a long black tunnel and, in the middle of a crisis, see no other solution to their problems than to put an end to their days. Their suffering prevents them from finding solutions and from contacting people who can help them. It may happen that small incidents, trivial in appearance, result in a suicide attempt, like a drop of water that breaks the camel’s back.

To you who are reading this article! Mark a break! Do you want to know if you are showing signs of someone who is suicidal or who is on the road to suicide? Or maybe, as you read this article, do you have in mind the name of someone who, according to your instinct, is going through a crisis of suicidal ideation?

The following lines will teach you about the warning signs.

II – / How to Interpret Alert Signals of Suicidal Ideation?

Most people who end their lives or make a suicide attempt do not wish to die. They just do not want to continue living as they did until now and put an end to their moral suffering. When they go through a serious crisis, they see no other solution than suicide. It is therefore important to detect warning signals in good time and react to them.

Warning Signals Are Common, but Not Always Visible.

Most people send signals before a suicide attempt. But this is not always the case when we are dealing with suicides on a whim, which occur especially in adolescence and are very difficult to anticipate by outsiders, because they are not preceded by warning signs. And some people do not show any state of mind. That’s why you have to trust your intuition.

Note: Warning, an isolated signal does not mean that there is suicidal intent. The more identifiable the signs the more important it is to talk to the people involved and seek professional help. Notwithstanding, take the following signals seriously:

1 – Mention of Suicide / of Desire to Finish.

The characteristic sentences are “I regret being born“, “Without me, you would all be much better“, “If we see each other again ...”, “If only I could disappear“, “I cannot live like this anymore“.

It’s not true that people who talk openly about suicide do not act. On the contrary, it is often a call for help. If there is not always a suicide intention behind these sentences, they generally reveal a deep discomfort.

As soon as you find that people mention the idea of suicide or the desire to die in their comments more and more, pay them a lot of attention at first. Find out why these people are saying that. Because it is the way for them to express to you their deep pain or sadness or discomfort or suffering.

2 – Withdrawal and Abandonment of Usual Activities.

Do not pay attention to things that seemed important before. Neglecting his circle of friends or acquaintances. Avoid any physical contact. People who go through a suicidal crisis often feel alone and isolated and can express it through phrases like “I do not count for anyone“, “Nobody cares about me“.

Thus, they tend to isolate themselves and fold back on themselves (it is closed on itself). She slowly begins to lose her taste for life. That said, her life is worthless and life does not make sense to them. Neither work nor human relations (family, professional, social, friendly) have any value for them.

Write his will, settle his family affairs, give/offer personal items. People who have suicidal ideation because of a situation they are going through and who have firmly judged to commit suicide, but who are listening in the last moments to their conscience tend to show an adult, mature and responsible character by telling themselves that they must die in peace. For them, even if they no longer deserve to live, however, others have the right to be happy after them. Suddenly, the idea of a testament, for example, may seem suddenly.

When a person is haunted by suicidal thoughts, unexpected visits, or phone calls: it implies that we will not see each other again. For some, he goes on to write farewell letters.

The more suicidal thoughts dominate a person; it can happen that she has a marked interest in the subject of death. For example: Write poems or texts, paint pictures, read books and consult sites devoted to this theme (of the death). Listen to macabre or funereal music.

6 – Research on Methods or Means to Commit Suicide.

Here, it may be that someone heavily obsessed with suicidal ideation is doing this kind of research to accomplish their idea of suicide. Let us be attentive to his behavior and his actions.

These phrases mark despair. Despair is a suicide thread when you cannot overcome it. Just to say that do not ignore seriously desperate people have an inclination to suicidal ideation and suicidal act.

Suicidal people often feel useless or devalued and feel feelings of guilt and shame, expressed through phrases such as “I am not helpful to anyone“, “Without me, everything would be fine“, “All that I undertake is a failure“, ” It’s all my fault. ”

That said, when you notice extremely low self-esteem in someone and especially suddenly over a period, it is necessary to be arrested.

Increased risk behaviors: increased alcohol or drug use, at-risk recreation, unprotected sex, careless driving. Self-harm behaviors such as cutting oneself, burning oneself, tearing oneself away (trichotillomania), etc. generally do not express a desire for suicide, except of course if the wounds are the direct result of an attempt to end it.

10 – Modifications of the Behavior.

Neglected physical appearance and body hygiene (for example: the frequency with which we take showers and we wash our hair decreases). Sleep disorders, feelings of weakness, low libido, eating disorders, and weight problems.

If someone, after a period of deep discouragement and suffering, suddenly seems very calm, satisfied, and detached, it may be a sign that the person has decided to end his life. So be very attentive to this person! Because, at this stage, it is because she has definitively resolved to put an end to her life; and according to her, it is a way to stop suffering.

Even when pain and unhappiness seem to never stop, you should know that suicidal crises eventually subside at a given moment. Solutions arise, feelings change, positive events occur. Suicide is an irreversible solution to a temporary problem.

The discussions show that for many people concerned, the phases marked by suicidal desires or sufferings are temporary. Survivors of suicide are generally happy to be able to live.

Maybe I have to repeat this adage: “Life is worthless, but nothing beats life. “. There is nothing more beautiful than living! Life is a gift, take care of it despite the highs and lows we face in our lives!

This article on How to understand suicidal thoughts has been helpful for you? If so, share it! Just as it will be beneficial for you to know how to overcome a crisis of suicidal ideation – just click on this link: –

How to Stop Suicidal Thoughts?