Essentialism and Religion-What They Have in Common?

What the essentialism and religion have in common? A belief that essence is prior to existence and the human is separated from the other creatures.  Man is even a chosen one. More worthy being than other species. Even men are more valuable than a woman. 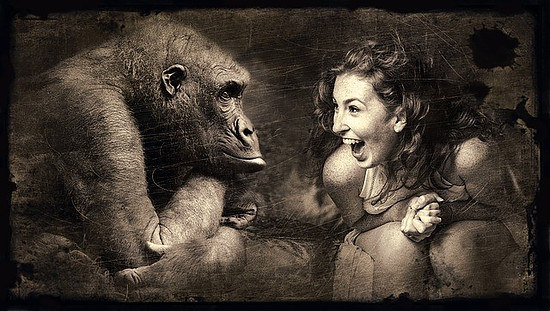 Essentialism and Religion Claims That We Are Chosen

Evolution – No, We Are All Distant Relatives

But evolution teaches us that no, we are all distant relatives. Every living thing is connected to this web, even though we may be distant relatives of some creatures and very close relatives. Relatively close to all of these other creatures. So, a lot of people find it very hard to believe that we’re related to trees. That we’re similar to bugs, and we are in connection with the elephants. And that’s something we have to overcome if we want to teach people how evolution works.  If like Aristotle you treat all flesh and blood rabbits as imperfect approximations to an ideal platonic rabbit it won’t occur to you that rabbits might have evolved from a non-rabbit ancestor and might evolve into a non-rabbit descendant. Of course, this is contrary to essentialism and religion.

There Is Some Kind of Essence

The idea that there is some kind of essence. A set of essential traits that defines what something is you find in the theology of Christianity, Judaism, and Islam. Essentialism and religion imagine the existence of the first human. This, of course, contradicts evolution even in the Catholic church that accepts evolution and where they say that the Genesis story is basically an allegory. They still maintain that it refers to a historical event where the first couple advocated by evangelical scientists like Francis Collins who maintains that there was the first human who became morally aware and attained free will at some point. If I were to use an analogy would be like saying there was a first speaker of the language. The first speaker of French and of course now that’s not possible the evolution of the language. Is it worth the consideration? I do not think so.

Essentialism and Religion in a View of Biological Evolution

In the same sense, you can talk about biological evolution. There was never a first human. You can’t point back to an arbitrary individual and say that was the first human. The first human being would be as absurd as saying that I’m the first human. Yes, I’m first in the next step of human evolution. I am the next species that will evolve.  I am of the same species as my parents.  I share more traits with them than I do with any individual you point back to the net in the long past. And my children will be of the same species as me. We have to understand that evolution is a very gradual shift from one species to another.

Differences Between the Sexes According to Essentialism and Religion