Be aware of the Early Signs of Muscular Dystrophy

Muscular dystrophies correspond to a family of muscular diseases characterized by weakness and progressive muscular degeneration: fibers of the muscles of the body degenerate. The muscles atrophy gradually, that is to say, lose their volume and therefore, their strength.

Dystrophy or myopathy? The term “myopathy” is the generic name for all muscular pathologies characterized by an attack of muscle fibers. Muscular dystrophies are special forms of myopathies. But in everyday language, the term myopathy is often used to refer to muscular dystrophy.

Muscular dystrophies are diseases of genetic origin that can occur at any age:

Recognizing the early signs of muscular dystrophy will help you prepare for this grave illness.

I – The Early Signs of Muscular Dystrophy 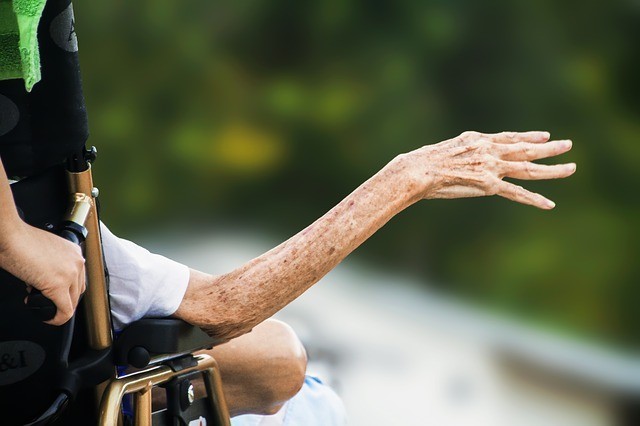 Muscular dystrophies are all manifested by muscle weakness that tends to progressively worse; even the symptoms vary according to the type of muscular dystrophy. Depending on the case, other symptoms may be present, such as heart and respiratory disorders, eye abnormalities (malformations, cataracts), intellectual deficit, hormonal disorders, etc.

Characteristics of the most common muscular dystrophies:

Most often, symptoms begin around the age of 3 to 5 years. Due to the weakening of the leg muscles, children who had been walking “normally” fell frequently and have difficulty getting up. Running, walking, and jumping becomes more and more difficult for them. The muscles lose volume as they weaken, with the exception of the calf muscles which can appear hypertrophied (by replacing the muscle mass with fat). Children often complain of cramps and muscle aches. The disease evolves fairly quickly as soon as the first symptoms appear. The use of a wheelchair is generally required around the age of 12. Muscle retractions result in scoliosis and joint deformities. On the other hand, some affected children have slight mental retardation. Towards the end of adolescence, cardiac complications often occur (heart failure), as well as respiratory problems requiring ventilation. Life expectancy is reduced (from 20 to 30 years on average).

The symptoms are comparable to those of Duchenne muscular dystrophy, but they are less marked and evolution is slower. Symptoms begin around 5 to 15 years of age, sometimes later, and are characterized by a progressive loss of muscle strength in the limbs and trunk. In more than half of the cases, walking remains possible until the age of about 40 years. On the other hand, the cardiac attack is frequent and can appear from the outset …

It is one of the 3 most common myopathies in adults and the most common in Quebec. The symptoms are very variable from person to person. Although they usually appear around 30 or 40 years of age, there are earlier forms (juvenile and congenital forms). Myotonia, an abnormally prolonged muscle contraction (the muscle relaxes too slowly), is especially present in the hands, and sometimes in the tongue. The muscles of the face can also be affected as well as the muscles of the neck and ankles. Cardiac and respiratory symptoms are often present and potentially serious. Digestive, respiratory, hormonal, ocular disorders as well as infertility, and early baldness are also common.

Symptoms usually appear quite late in childhood or early adulthood (around age 20). The muscles of the shoulders and hips gradually weaken, while the muscles of the head and neck and the diaphragm are usually not affected. However, even if some forms are accompanied by a respiratory problem, it remains stable. Cardiac involvement is rare. Evolution is very variable, depending on the form.

Symptoms usually appear late in childhood or in adulthood (around 10 to 40 years). As the name suggests, it mostly affects the muscles of the face, shoulders, and arms. Thus, it becomes difficult to sketch a smile, to whistle, and to close your eyes. The loss of mobility occurs in about 20% of cases. The disease is slowly evolving and life expectancy is normal.

Symptoms vary from one form to another but are present at birth or in the first months of life. The baby has little muscle tone (hypotonic), has difficulties to suck and swallow, sometimes even breathing. These dystrophies can be accompanied by inter alia brain malformations, mental retardation, eye malformations.

This disease is relatively common in Quebec. Symptoms usually appear around 40 or 50 years old. The first signs of the disease are manifested by drooping eyelids, followed by weakness of the muscles of the eyes, face, and throat (pharynx), causing difficulty in swallowing food. The progression of the disease is slow.

Muscular dystrophies are rare and orphan diseases. It is difficult to know the exact frequency since it brings together different diseases. Some studies estimate that approximately 1 in 3,500 people are affected.

– Duchenne muscular dystrophy Duchenneconcerne about a boy in 3500.

– Facio-scapulohumeral dystrophy affects about 1 in 20,000 people.

Some muscular dystrophies are more common in some parts of the world. So :

– In Quebec, however, oculopharyngeal muscular dystrophy dominates (1 case per 1,000 people), whereas it is very rare in the rest of the world (1 case per 100,000 on averages) as its name indicates, this disease mainly affects the muscles of the eyelids and throat.

– For its part, Steinert’s disease, or “myotomy of Steinert”, is widespread in the Saguenay-Lac St-Jean region, where it affects about 1 in 500 people.

– Sarcoglycanopathies are more common in North Africa and affect one in 200,000 people in northeastern Italy.

– Calpainopathies was first described on the island of Reunion. One in 200,000 is affected.

There are usually two major families of muscular dystrophies:

They appear in the first 6 months of life. There are about ten forms of variable severity, including primary merosin deficiency DMC, Ulrich’s DMC, stiff-column syndrome and Walker-Warburg syndrome;

– Muscular Dystrophies Appearing Later in Childhood or in Adulthood, as Examples:

– Emery-Dreyfuss myopathy (there are several forms)

– Myopathies belts, so named because they affect especially the muscles around the shoulders and hips.

– Myotonic dystrophies (types I and II), which include Steinert’s disease. They are characterized by myotonia, which is to say that the muscles do not manage to relax normally after a contraction.

IV – The Causes of Muscular Dystrophy

Muscular dystrophies are genetic diseases, that is to say, they are due to an abnormality (or mutation) of a gene necessary for the proper functioning of muscles or their development. When this gene is mutated, the muscles can no longer contract normally; they lose their vigor and atrophy.

Several dozen different genes are involved in muscular dystrophies. Most often, these are genes that “make” proteins located in the membrane of muscle cells.

– Duchenne muscular dystrophy is related to a deficiency of dystrophin, a protein located under the membrane of the muscle cells and which plays a role in the contraction of the muscle.

– In nearly half of the congenital muscular dystrophies (which appear at birth), it is a deficiency of merosin, a component of the membrane of the cells of the muscle, which is in question.

Like many genetic diseases, muscular dystrophies are most often transmitted by parents to their children. More rarely, they can also “appear” spontaneously, when a gene mutates accidentally. In this case, the diseased gene is not present in the parents or other members of the family.

Most of the time, muscular dystrophy is transmitted recessively. In other words, for the disease to be expressed, both parents must be carriers and transmit the abnormal gene to the child. But the disease does not occur in the parents, because each one carries only one abnormal parental gene and not two abnormal parent genes. However, a single normal gene is enough for the muscles to function normally.

In addition, some dystrophies only affect boys: this is the case of Duchenne muscular dystrophy and Becker’s myopathy. In both cases, the gene involved in these two diseases is located on the X chromosome that exists in a single copy in males.