Arthritis and Rheumatism Can Be Difficult to Live With

The word “rheumatism” is derived from the Greek “rheuma”, which means “flowing water”. This origin testifies to the conception of ancient medicine, which interpreted rheumatism as a flow of “humors” of the human body. It also illustrates that rheumatologic manifestations, particularly pain, can be seen in different tissues and regions of the body as the disease progresses.

The term “rheumatism” is used to refer generally to pain and inflammation of the joints, muscles, and adjacent soft tissues (also called connective tissues).

More than 100 different pathologies are known to give rise to symptoms of arthritis and rheumatism. 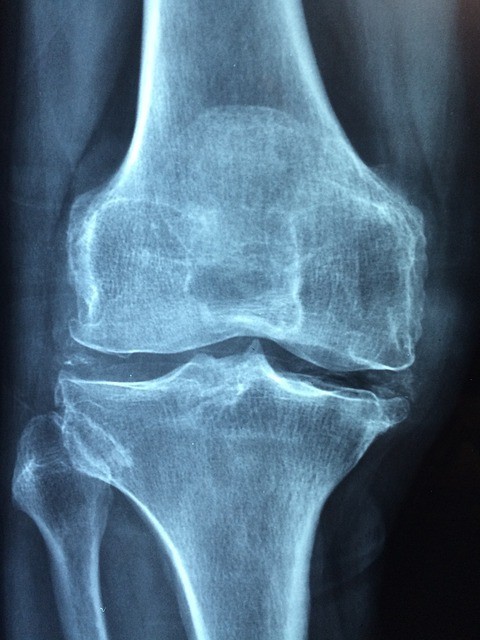 These have been called rheumatic diseases and the doctors specialized in these conditions are known as rheumatologists. And Rheumatology is a medical specialty that focuses on the diagnosis and treatment of diseases of the musculoskeletal system, that is to say, diseases of the bones, joints, muscles, tendons, and ligaments. Thus, the rheumatologist is a specialist in bone, muscle, and joint diseases. In general, it treats pathologies that hinder the proper functioning of the skeleton. A consultation may be considered in case of symptoms of chronic rheumatic disease or persistent joint pain. The diseases treated by the rheumatologist are:

– At the level of the skeleton, it treats diseases such as osteoporosis, osteomalacia, rickets, Paget’s disease …

While some forms of rheumatism (such as osteoarthritis, pseudogout, and osteoporosis) predominantly affect the elderly, it is important to remember that young people and children may also be affected by inflammatory rheumatism, such as arthritis or psoriatic arthritis.

I – More About Arthritis and Rheumatism

Arthritis or rheumatism? How do they manifest? They affect the joints and are manifested by pain and stiffness. Several types of rheumatism exist, and under this generic term, in the end, we designate more than a hundred different and more or less severe affections which share an inflammation of the joint. The symptoms are of variable intensity, but one generally notes a swelling of the joint which becomes red, hot, stiffer, and painful. When we speak about arthritis and rheumatism, we can classify them into:

In this case, the target on which inflammation occurs is the membrane surrounding the joint. It secretes synovial fluid, a lubricant that protects the joint and facilitates movement. In case of inflammation, lesions in the soft tissues appear, and gradually the inflammatory area swells, and the joints are deformed, they become stiff and rusty.

Among arthritis we can meet:

– Infectious arthritis is related to the presence of a bacterium in this synovial fluid.

– A particular form of arthritis: rheumatoid arthritis that affects mostly women and whose origin is multifactorial but with a phenomenon of autoimmunity.

– Ankylosing spondylitis or gout is more common in men.

– Other forms of arthritis also exist of autoimmune origins such as systemic lupus erythematosus, scleroderma, or polymyositis. These are, in most cases, chronic pathologies that will eventually lead to the destruction of joint structures.

In this case, the target is at the level of the cartilage which covers the articular surface and not at the level of the membrane. With age or following repeated micro-traumas as in sports, this cartilage can degenerate (wear trauma) and the bone is no longer protected against friction. The pain appears and movements become more difficult. We also talk about degenerative arthritis. It is more common after age 65 and represents the second leading cause of disability after cardiovascular disease. It is knee osteoarthritis (osteoarthritis of the knee) with digital osteoarthritis (fingers) and hip that are the most common.

The first symptoms of rheumatoid arthritis usually occur when you wake up. Indeed, the joints are stiff and numb limbs and hands, knees, and hips are painful, as well as the back and neck that can be sensitive. During the day, these pains and stiffness can disappear but be careful to consult your doctor to make an early diagnosis and then prevent these rheumatic pains before they are very disabling.

II – The Different Forms of

The word “rheumatism” is a generic term that encompasses more than 200 diseases with different causes, evolving differently and having different consequences. Their common point is that they mainly affect the connective tissue and support of the musculoskeletal system, that is to say, the bones, joints, or soft tissues.

Inflammatory rheumatism includes all forms of arthritis (joint inflammations of various origins, including those following a bacterial or viral infection), all forms of spondyloarthritis (inflammatory conditions of the spine and joints, such as Bechterew disease), as well as collagenosis (connective tissue diseases such as scleroderma, Sjogren’s syndrome and systemic lupus erythematosus).

The category of non-inflammatory rheumatism includes osteoarthritis (degenerative diseases of the joints), crystalline arthropathies (such as gout and pseudogout), the broad group of rheumatic diseases of the soft tissues, and bone diseases (for example, osteoporosis). Chronic back pain is also part of this category if it is not a symptom of an inflammatory disease such as Bechterew’s disease.

Depending on the criteria applied, other classifications are also possible. Thus gout, pseudogout, osteoporosis, and tendon calcification can be grouped into the category of metabolic disorders.

Rheumatic problems most likely to affect a joint or body region:

– Tendinitis – Inflammation of a tendon.

– Bursitis – Inflammation of the fluid-filled pad (called the “purse”) that surrounds a joint.

– Repetitive Strain Injury – usually affects the hands and wrists of office workers, but can occur in other joints of the body.

– Shoulder blocked – Difficult to raise the arm, sometimes related to a tissue injury (such as a breakdown or a muscular elongation), sometimes without an obvious cause.

– Carpal Tunnel Syndrome – occurs as a result of pressure on a wrist, causing tingling in the hands.

– Gout – Inflammation of the joints resulting from the accumulation of uric acid crystals in joint tissues.

– Osteoarthritis – This is wear of the joints and not strictly speaking rheumatism. It does, however, cause similar symptoms of pain and movement limitation.

– Back pain – May have more than one cause, some of which (eg herniated disc) should be treated by an osteopath, chiropractor, or orthopedic specialist.

Pain or rheumatic symptoms can affect different parts of the body. These problems are often part of what doctors call autoimmune diseases, that is, diseases that are triggered when the immune system starts to attack the body’s own cells instead of attacking the body’s own cells. pathogenic elements such as bacteria and viruses.

– Rheumatoid Arthritis – Can take different forms all having in common the action of the immune system against the tissues in and around the joints.

– Fibromyalgia– Characterized by inflammation of the muscles and connective tissue in the body, attributable to various causes.

– Rhizomelic pseudo-polyarthritis – Affects the muscles of the shoulders and thighs.

Among the risk factors for developing arthritis or osteoarthritis, a number are known, while others remain in the hypothesis state:

– Women: they are generally 2 to 3 times more affected than men, probably because of hormonal impregnation.

– Age: between 40 and 60 years, this is the most common age of the onset of pathologies, but cases of osteoarthritis can also appear in young adults.

– The underlying bone or articular diseases that affect the quantity and quality of cartilage (Paget’s disease, microcrystals deposits in the joints …).

– Genetic terrain and family predispositions to developing osteoarthritis or arthritis.

Men and women of all ages, especially those whose joints are in great demand (sportsmen and manual workers). From age 50-55, women with a family history are more exposed than men to osteoporosis because of the worsening of bone loss caused by menopause.

VI – Arthritis, and Rheumatism: When to Consult Your Doctor?

In case of very acute, recent, and unusual pain.

If the diagnosis of osteoarthritis, arthritis has not yet been established.

Arthritis and rheumatism can be difficult to live with: they poison the day from sunrise or after an early unlocking phase. The activation of the joints can be done but they remain unfortunately in some very painful. Solutions exist to manage the pain of rheumatism and osteoarthritis and these are not always drugs since non-medical techniques: soft physiotherapy, balneotherapy, spa treatments can also significantly improve daily comfort. Do not hesitate to talk to your doctor or pharmacist to find joints in good shape!

*** What should you prepare for your first consultation?

Personal and family history: summarize your last health problems or those for which you are followed as well as possible causes of joint diseases in your family;

Prescriptions: List your usual medications as well as those taken to relieve your pain;

*** How does the first consultation take place?

This first must begin with a basic interrogation (symptoms, intensity, and frequency of pain, profession, leisure, hypertension, diabetes …). Then, the clinical exam is taken: tensioning, checking reflexes and sensitivity through certain movements to establish a diagnosis.

The use of different strategies combined can provide relief from pain.

Some foods have a reputation for increasing inflammation and others for decreasing it. We are spoiled for choice: there is in every good pantry enough to satisfy the most voracious appetites. Good digestion and increased intake of good bacteria from the intestinal flora can reduce acidity and, in doing so, improve joint flexibility. If you are interested in the subject, read: Diet and lifestyle affect pain

(especially in the case of chronic problems):

– Feelings of distress and isolation

St. John’s wort, passionflower, and A.Vogel Deep Sleep will be of great help in these cases.

People who have been dealing with arthritis and rheumatism for a long time, especially those with muscular and lumbar pain, may find some relief by watching their posture:

– When driving, move the seat forward and bend your knees, making sure they are higher than your hips. Sit up straight and place your hands on the top of the steering wheel.

– Make sure your bed has a good, firm mattress.

– Walking is an excellent exercise provided that the body is always centered, without imbalance.

– When sitting, place one foot higher than the other. When you pick up something, always bend your knees rather than leaning your upper body from your waist.

– When lifting a weight, keep your back straight and bend your knees, keeping them together. Do not try to lift heavy loads.

– Try to spread the weight of your packs or luggage equally in each hand.

– Massages, reflexology, and aromatherapy can provide relief, as well as steam baths, saunas, and spas.

*** To facilitate your daily activities

In case of pain and inflammation of the muscles and joints associated with osteoarthritis:

– Drag or roll objects instead of lifting or transporting them.

– Make more use of your big joints to protect the smaller ones, also more fragile.

– Raise your seats to make it easier to sit down and get up.