A Call to Builders and Leaders of the World

The world needs builders to rebuild the global economy, as well as leaders of the world, to care for the world. It is in difficult times that we find people who really think about our well-being.

A Call to Builders and Leaders of the World 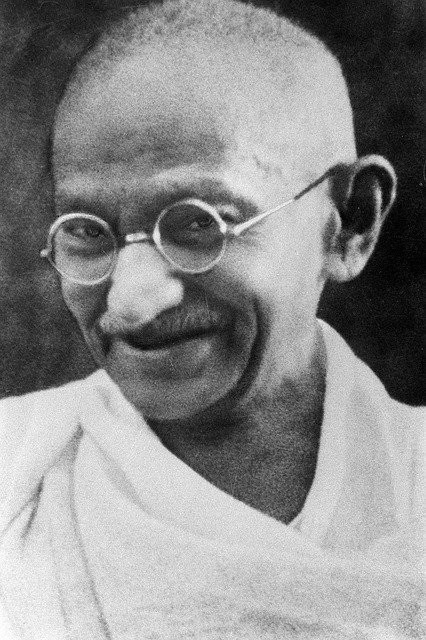 Leaders of the world are above all of the great responsibility, but a builder is above all a great visionary. He’s someone trying to bring hope to each other. A builder is someone who, through a journey and hard work, becomes a source of inspiration and model, especially for young people. A builder is one who cares about making the best in his own way. A builder is someone who takes great paths through which he creates jobs. A builder is a person whose vision is to promote the development of his country or his continent.
Often, we tend to attribute the quality of “builder” to contractors. Whether in Politics, in Economy, in Education, in Well-being, there may be a builder. Indeed, there are several ways to be a builder: either by being an influencer, or a political leader of the world, a businessman, or a celebrity, etc.

Influencer Are Also Leaders of the World

As an influencer, you certainly have within your reach, a strong audience or community that follows and appreciates you. Your media outings are strong weapons. Use this asset to motivate everyone to get back to work, to change their mentality, to aim for the essential, to take charge of their lives. Use your platform to convey messages that encourage you to live fully and fulfilled. Have inspiring and motivating words and speeches. As such, bloggers, life, and wellness coaches should get down to it. I make a big hello to Zack Mwekassa, the Congolese, the boxer and kickboxer who today transmits motivation and hope to a whole generation by being a source of inspiration, through videos and messages on social media.

As a political leader, what your supporters expect from you is not the manipulation or selfishness your supporters expect from you. These are not hateful or exciting speeches to the division either that your supporters expect from you. Rather, be rallying vectors. Beyond politics, be a citizen and a human. Advocate for the sociability and the convergence of talents and strengths of all the sons of your country so that as one man you are standing to hoist your countries. What citizens expect from you is a fight for well-being that is expressed by an effective, coherent, and beneficial vision and governance program for the good of your fellow citizens. Have the verb to mobilize your compatriots to put the interest of the country forward. I greet in passing all those who decided to make politics, not as a business, but because they are concerned for the well-being of their loved ones. By the way, I pay a vibrant tribute to two high personalities of my country: the mayor Tiémoko Assalé Antoine of the commune of Tiassalé, a locality located at 123 kilometers from Abidjan, the economic capital. As well as the prefect of Abidjan, Vincent Toh Bi Irié, who goes closer and listens to its population without accepting people.

As a religious leader, they nothing knows how to advocate division between men because of religious differences. Man existed before religion. And religion exists because of man. Let religions proclaim human and moral values. Let the religious leaders not deprive the people of their intrinsic freedom. The purpose of religion is to make people closer to God and useful to God. Let the manipulation cease within religion. Teach your believers to make them independent, responsible, and useful to their neighbors.
Here, I cannot escape the rule, as a Christian. My wish is to see Christian leaders communicate God’s vision for humanity for the glory of God. Let them form generations ready and committed to the cause of God. Let’s try to remind Christians that the Bible requires them to be the salt and light of the earth. As long as we are on earth, before the return of Jesus Christ, Christians are called to be ambassadors of God in spirit and in truth. May the true God, Creator of the heavens and the Earth, be the object of our love, the only one to whom we want to please and do his will: a pledge of a better world! May God bless all these Christian leaders who remain committed to his service in truth and who work for the salvation of souls by training disciples for the glory of God.

As a businessman, spread your wings, expand your horizons and come to the rescue of this economy threatened by the pandemic Covid-19 crisis. Create jobs, jobs in underdeveloped countries. One of the evils of this world is the growing number of unemployed. They become a burden on society. I cannot speak of great builders, let alone these businessmen whom I appreciate very much, although they are many. These include, among others, Mrs. Philippe Diagou and Aliko Dangoté. The first is invested in banking and insurance, this Ivorian businessman who in one way or another contributes to the continental chessboard to the development of countries through the NSIA group. As for the second city, it is today not only the pride of his country Nigeria but also of an entire continent. A job creator, he has given himself the leitmotif to energize the African economy by investing enough and in several fields on the African continent.

Celebrity Also Belong to the Group of Leaders of the World

As a celebrity, you influence and change the styles and lifestyles of your fans. Through your art or profession, work to change mentalities, to educate positively, by conveying messages of hope, awareness, call to responsibility, and maturity … If really, you are concerned about a world better, by your celebrity life, do not encourage depravity, laziness, corruption of morals, or anything that is not constructive of a better world!

A Call to Leaders of the World – Politicians

The people trusted you, they elected you. In you, people hope to see a change and taste the happiness of being a citizen of the country. By trust, you have benefited from our voices. In you, we believe. In your hands, we have given the future of the country. In your hand remains the life of the nation. We have partially entrusted our well-being to you. Our eyes are on you!
Alas, once in power, you lose your sweetness, you give up your sheepish appearance and bring out the face of the wolf that you are. For the love of my people, I will speak and tackle their ills with my words. Before this pandemic crisis, my Africa was dying. The state that is supposed to protect us and promote good living. In almost all countries, suddenly, it seems that all states are turning into monsters. Some oppressors and tyrants, other manipulators, and self-centered. One of the sources of people’s suffering is bad governance. Especially in Africa. Wasted public goods. No concrete program of governance, no plan for peace and a genuinely better future in the interest of the people, nor any solution to the deep needs of their fellow citizens. Enough broken promises, countless brandished illusions. In some countries, the state has become the guarantor of instability because of its patronage and favoritism. In Africa, it is the rulers who plunder and impoverish the people and help to keep them in a state of decline. Youth is sacrificed. Outdated education systems, lack of investment in scientific research, disregard of the basic needs of citizens in this case housing, health, security, employment. Let me stop there, so as not to shed tears.

Do the Best for the World and Your Country

For now, here is a noble task to which all rulers must give themselves: Plan already the revival of your countries and restore order in your country. Show your patriotism, your dedication, your good faith. Leave your names positively in the history of your country. Call on all citizens regardless of your political differences and rebuild your country, raise your economy. Let the interest of your people be your priority. Here you are, the pandemic Covid-19 crisis has given you some tenderness. Facilitate the life and growth in all respects of your citizens. Combine your efforts, gather your forces, and think about the political, economic, and intellectual revival of your country. Loud hearts, here we go!

Do you wish to become a positive leader? You can learn that kind of ability in this book.